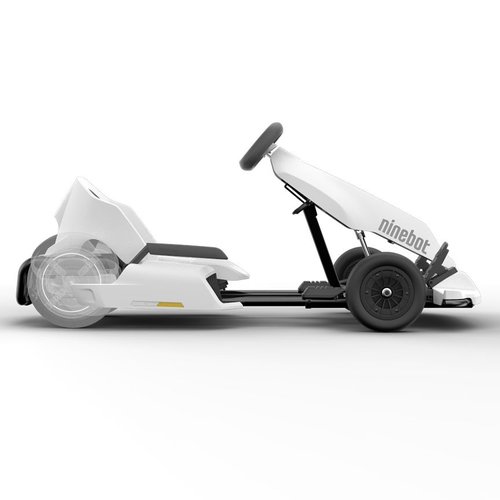 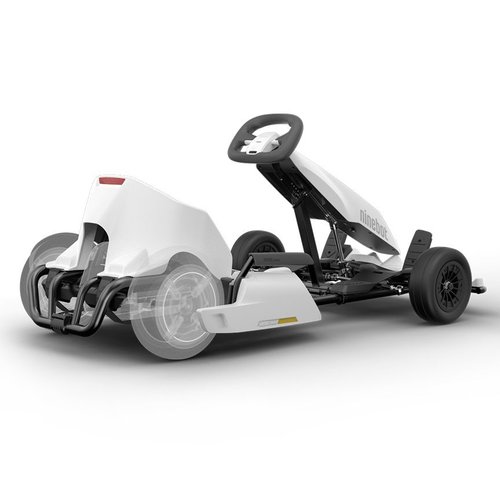 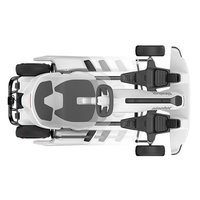 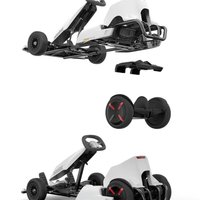 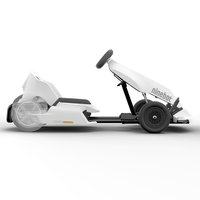 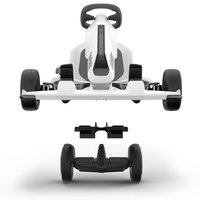 ninebot mini or ninebot plus, which functions as the rear wheels and powertrain for the Gokart. Please choose

package choose. Gokart Kit need to work with ninebot mini or ninebot Plus.

Why have just one fun product to ride when you can have two? Instead of creating an electric gokart from scratch,
we've designed the Ninebot Gokart Kit to work with the Ninebot by Segway miniPRO.
Attach your miniPRO to work as the gokart's motor, or detach it and ride it hands-free.
When it comes to performance, the Ninebot Electric Gokart seeks for vehicle benchmarks beyond gokarts.
The Gokart can sprint from 0 to 12mph within seconds, which matches or even outpaces the acceleration
of many automobiles on the market that is well known for their outstanding performance.

The Ninebot Electric Gokart features a mechanical handbrake. In the unlikely event that the electric

brake fails, the handbrake can be used to stop the vehicle abruptly.

The handbrake is much more than a mere braking alternative to the foot brake. The Ninebot Electric

Gokart is the first gokart in the karting history that is made to drift with an equipped handbrake.

Once they get familiarized with riding the Gokart, riders can challenge themselves with the drifting

tail by making use of the handbrake.

different ages. You can create memorable experiences by driving the Gokart alongside with your family.

The Ninebot Electric Gokart has a steering ratio of 2.1:1, allowing for precision steering and the ability

to make the very tight turns.

Since the Ninebot Gokart has been designed for both children and adults, we want to make sure

its being driven at a safe speed for everyone. Parents have the ability to limit the top speed of the

The battery life of the Ninebot Electric Gokart varies across the different driving modes,

Unlike most gokarts, the Ninebot Electric Gokart comes equipped with the ability to go in

reverse. Once at a complete stop, quickly tap the brake pedal twice and the gokart is

now in reverse. When stopped, tap it twice again to go back to forward.

The Ninebot Electric Gokart is collapsible to fit in most trunks, allowing you to take it wherever you

Connect your Gokart to the app via Bluetooth to display driving speed, cruising range, and fault

reminders of the Gokart in real-time. You can also access the new rider tutorial, control lighting,

With our commitment to product development and manufacturing, every aspect of the Ninebot

Gokart was meticulously designed and developed to ensure a high-quality product.

ninebot mini or ninebot plus, which functions as the rear wheels and powertrain for the Gokart. Please choose

package choose. Gokart Kit need to work with ninebot mini or ninebot Plus.

Write a review
The product has not any available FAQ at this moment.
Chat
Mail
0 Cart
Buy it now Pre-order now Add to cart